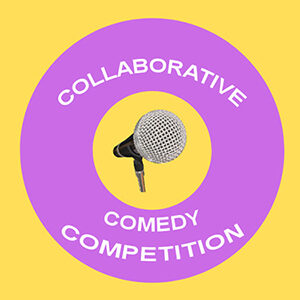 Collaborative Comedy Competition is a comedy show with a twist. After warming up with their regular sets, our 4 competing comedians will compete in head to head matchups on topics submitted by the audience when they purchase their tickets until one comic is left standing. The catch is comics will only find out the topics for each round at the start of the show. At the end of each round, the audience picks the winner based on who they feel did the best job on the topic. The winner comes back to defend their title against new competitors until they are defeated.

ON HIATUS – SUBSCRIBE TO OUR NEWSLETTER FOR FUTURE DETAILS